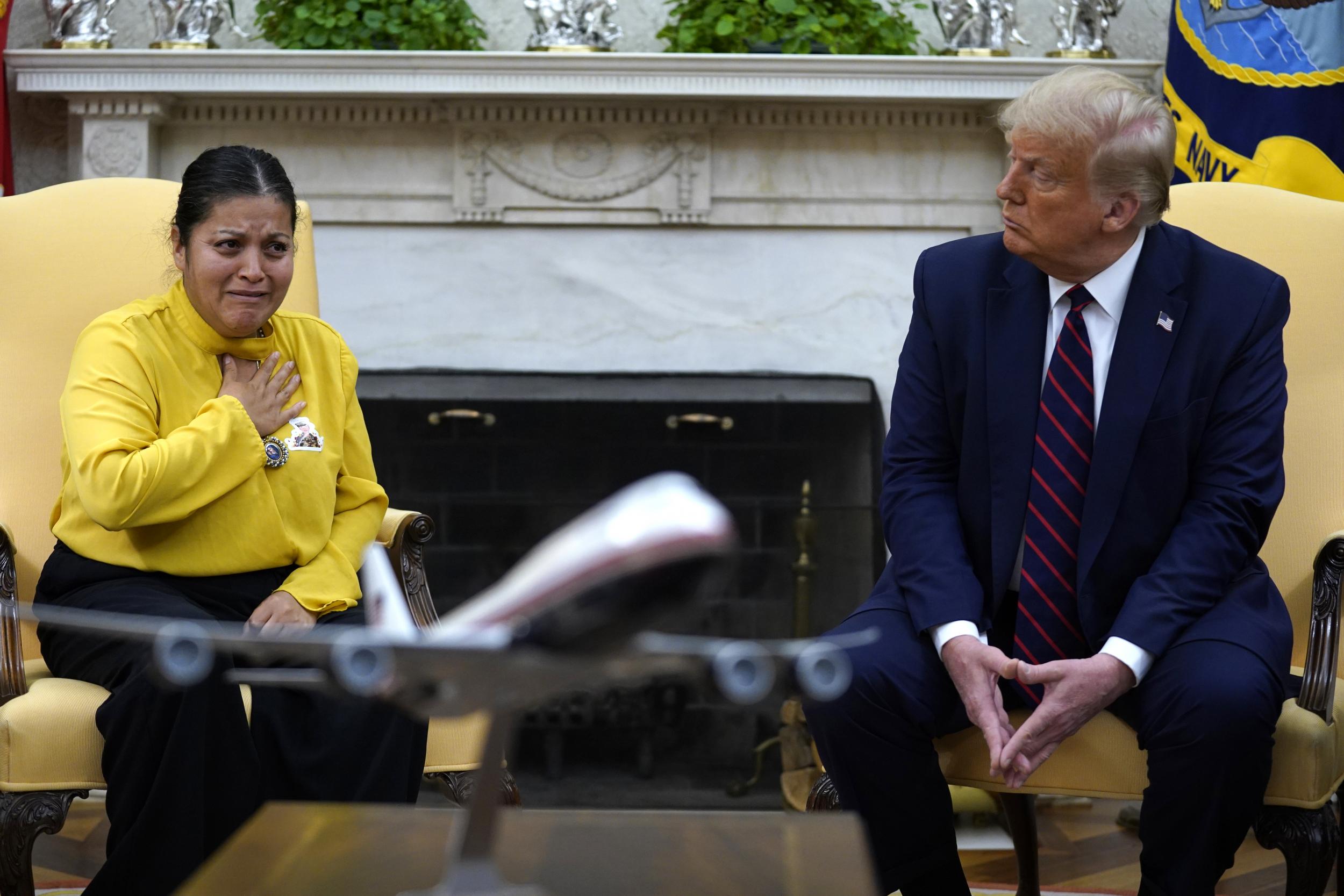 President Donald Trump met with the family of murdered US Army specialist Vanessa Guillen at the White House on Thursday and promised an investigation into her death.

Meeting with Ms Guillen’s family in the Oval Office, the president said “It’s an incredible story. It’s a terrible story.

“We’re going to look into it very powerfully. We already have started, as you know, and we’ll get to the bottom of it. Maybe things can come out that will help other people in a situation like Vanessa. We’ll be in touch with you constantly,” he continued.

The Department of Justice, Department of Defence and FBI are investigating, according to Mr Trump. He also offered to help the family with funeral costs.

Ms Guillen’s remains were found on 2 July. She disappeared from Fort Hood, Texas, on 22 April.

Her family claims she was sexually harassed by another soldier who is suspected of her murder. They are calling for justice and reform of the way that claims of sexual harassment are handled by the military.

The army disputes the claim and says there is no evidence of sexual harassment, but concedes that Ms Guillen may have experience other harassment.

Ms Guillen’s family are angry about the denial, and her mother, Gloria, says that she spoke with her daughter regarding her harassment.

On 10 July, a review of the case was ordered by Ryan McCarthy, secretary of the army. A five member civilian task force is examining the “command climate and culture” at Fort Hood.

The family’s lawyer, Natalie Khawam, has helped write a bill that would reform procedures for reporting sexual harassment in the military. It is sponsored by US representatives Tulsi Gabbard and Markwayne Mullin. The president is said to support the bill.

Ms Guillen was bludgeoned to death in the armoury room at the base, shortly before she was due to file a harassment complaint against Aaron David Robinson.

He died by suicide when police tried to communicate with him.

Agent Damon Phelps told a news conference that “while law enforcement agencies attempted to make contact with the suspect in Killeen, Texas, Specialist Robinson displayed a weapon and took his own life”.

A second suspect, Cecily Aguiliar, is said to have been told by Robinson that he had killed another soldier.

Mr Phelps added that Ms Aguilar, a civilian and the estranged wife of a former Fort Hood soldier, is accused of being enlisted in transporting Guillen’s body from the base.

She is in custody on three counts of conspiracy to destroy evidence for helping Mr Robinson hide Ms Guillen’s remains.