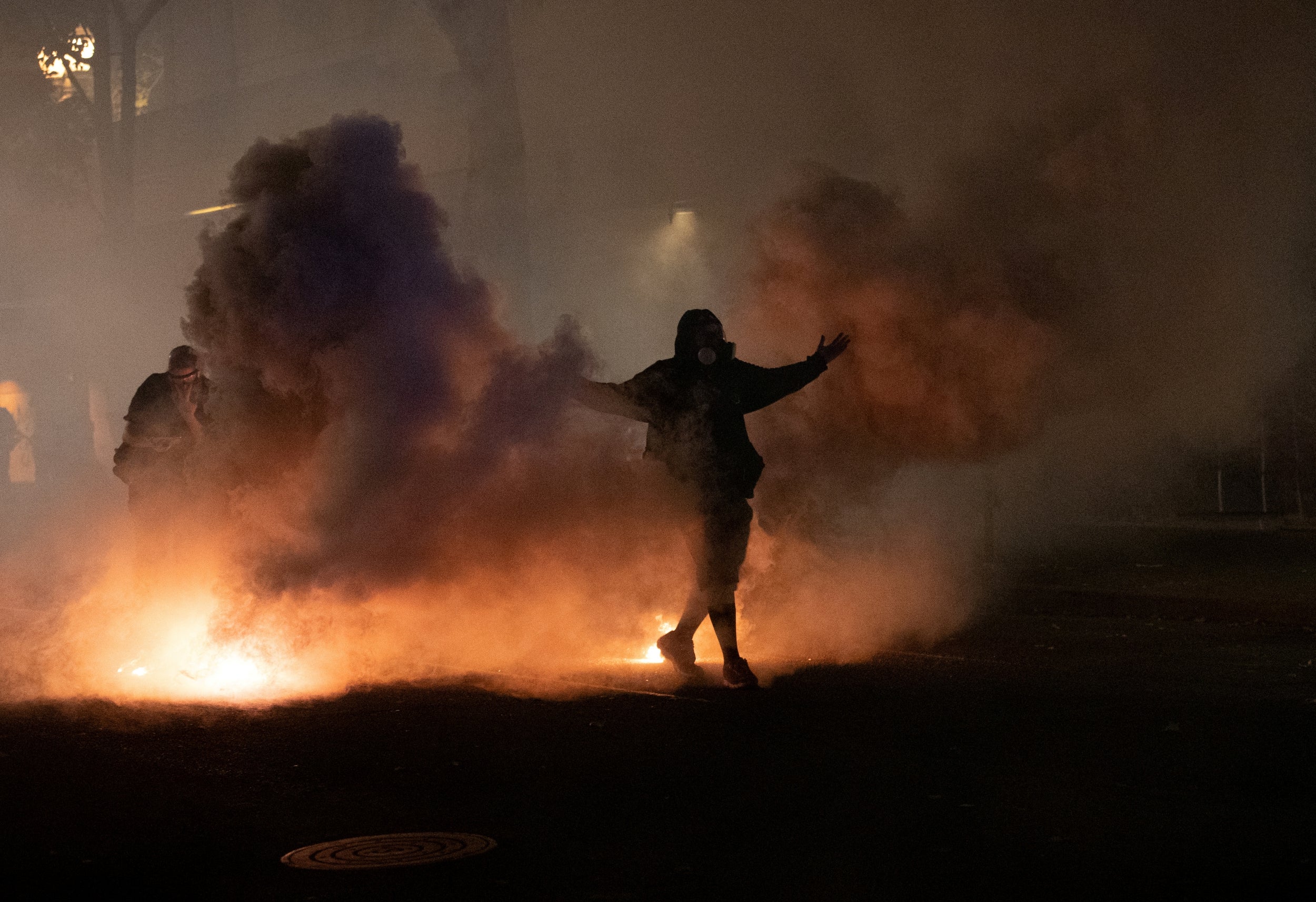 Donald Trump on Friday threatened protesters in Portland, saying federal police he sent there are ready to use “very strong offensive force.”

“If it doesn’t clear up, we’re going to do something very powerful,” the president said a day after he warned protesters there that he dubbed “terrorists” he is poised to send in National Guard troops.

“We have no choice,” he said, because “the left-wing extremists have spread mayhem throughout the streets of different cities.”

Mr Trump, trailing former Vice President Joe Biden, the presumptive Democratic presidential nominee, in national and battleground state polls, the president in recent months has targeted mayors in Democratic-run cities. He claims protests and violence there are a result of their shoddy governing, ignoring that many are still protesting because of the death of black Americans at a higher rate at the hands of police.

On Friday, during an event at the White House with law enforcement personnel, took new jabs, with the same message, at Mr Biden. He falsely said Mr Biden wants to defund police departments; the former VP has proposed increasing police funds to better train officers, and pitched some policing reforms.

The president spoke a few hours after his acting homeland security chief, Chad Wolf, said an agreement announced Thursday to remove federal police from Portland would only be enforced if the Trump administration dubs a local plan to stabilise the city as effective.

“Law enforcement officers that have been there over the past 60 days will remain there in Portland until we are assured that the plan that has been put in place by the governor and Oregon State Police will be effective night after night,” Mr Wolf told Fox News.

His comments came a day after the administration and Oregon Governor Kate Brown said they agreed on a plan for the federal law enforcement personnel to be withdrawn.

But Donald Trump’s tweets and comments on Thursday appeared to pour cold water on such a deal as he called protesters in Portland “terrorists.”

“The governor and the mayor, we’ve been dealing with them, and we think they don’t know what they’re doing because this should not have been going on for 60 days,”