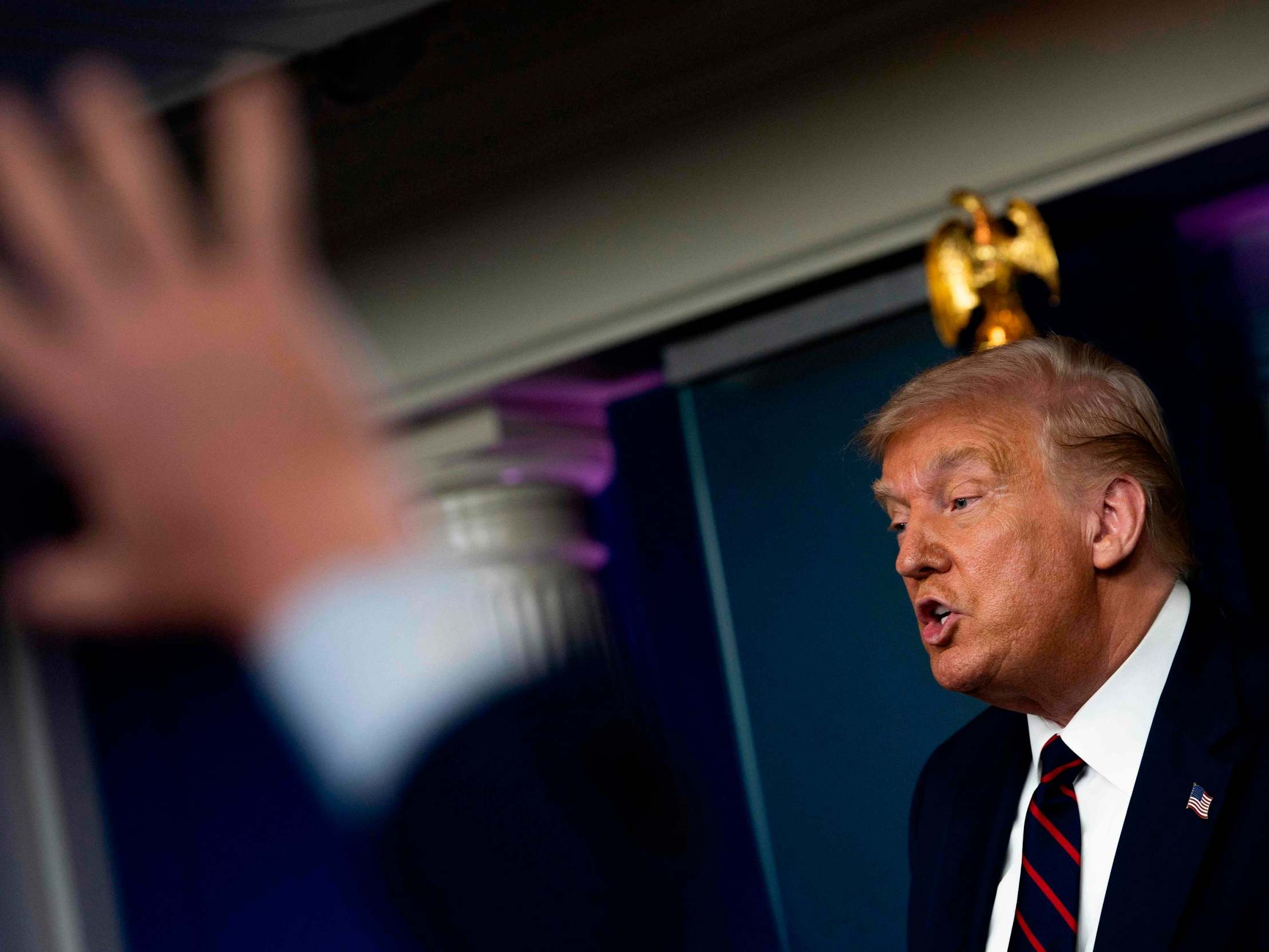 Trailing Joe Biden in national and battleground state polls, Donald Trump escalated his criticism of mail-in voting on Friday by predicting November will bring the “greatest election disaster in history”.

Mr Trump on Thursday had backtracked from his initial calls for an election delay, but appeared to push the idea again on Friday. Congress has the power to set the election date, not the president, according to the US Constitution.

He again endorsed absentee ballots, but warned governors who are increasing the number of mail-in ballots that they are ensuring voting fraud on a massive scale.

“It’ll go on forever,” he roared about vote-counting and uncertainty, sounding very much like a president who wants to delay an election, moments after adding a twist to his latest self-made controversy.

Voting experts say there is little data to support the theory that postal ballots automatically spawn fraud. But White House officials point to recent media reports from New York, New Jersey and other states where recent elections were plagued by problems related to ballots being mailed in.

He predicted there will not be a result on whether he or Mr Biden won on that night or even 6 November, saying the 2020 election could last “forever”.

Democrats have accused Mr Trump of floating a delay because he is running scared of losing to Mr Biden.

The former vice president on Thursday evening accused the president of tweeting about a possible election delay that morning to distract from cable news coverage of the funeral of the late Congressman John Lewis, a civil rights leader.

Earlier on Thursday, speaker Nancy Pelosi responded to his idea by quoting the Constitution.

“Article II, Section 1 of the Constitution states: ‘The Congress may determine the Time of choosing the Electors, and the Day on which they shall give their Votes; which Day shall be the same throughout the United States,’” Ms Pelosi tweeted.

Senior Republicans, including Senate and House leaders Mitch McConnell and Kevin McCarthy, shot down the idea. Both, echoed by their caucuses, said the election should and would go forward on 3 November, putting Mr Trump – yet again – on a political island as some polls show him trailing Mr Biden by double-digits nationally and by around seven points in a handful of key swing states.

You may have missed