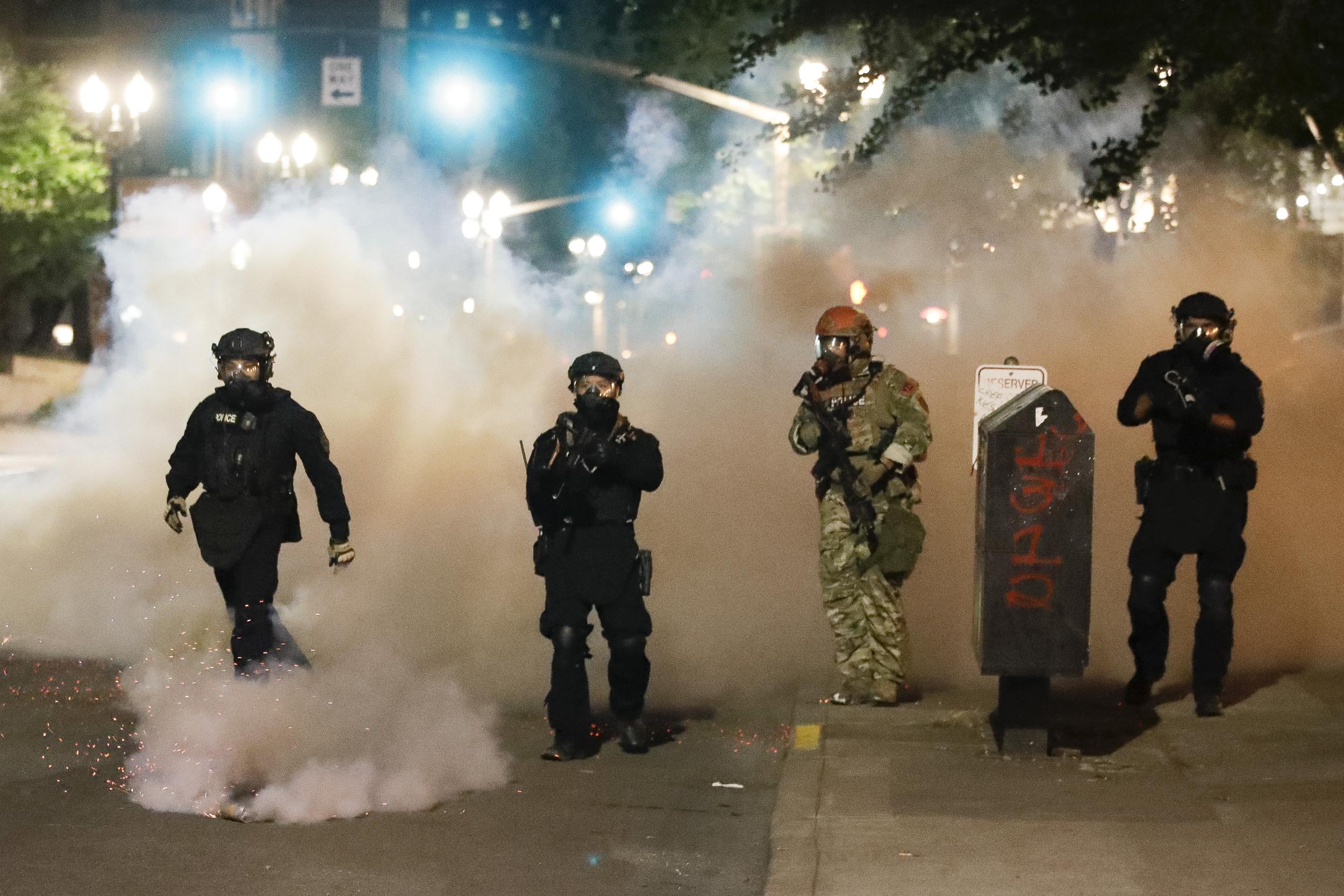 Federal police forces will remain in Portland until Trump administration officials determine the Oregon governor, a Democrat, has a plan that is working to quell protests and violence there, says Acting Homeland Security Secretary Chad Wolf.

“Law enforcement officers that have been there over the past 60 days will remain there in Portland until we are assured that the plan that has been put in place by the governor and Oregon State Police will be effective night after night,” Mr Wolf told Fox News on Friday morning.

His comments came a day after the administration and Oregon Governor Kate Brown said they agreed on a plan for the federal law enforcement personnel to be withdrawn.

But Donald Trump’s tweets and comments on Thursday appeared to pour cold water on such a deal as he called protesters in Portland “terrorists.”

“The governor and the mayor, we’ve been dealing with them, and we think they don’t know what they’re doing because this should not have been going on for 60 days,”

Mr Trump said while taking questions at an evening coronavirus press briefing. “It’s not our job to go clean out the cities, it’s supposed to be done by local law enforcement.”

Mr Trump broke with his own aides when he said federal police would remain in the Oregon city while he judges how local officers do with attempts to pare the violence. In his typical bombastic way, he said if local authorities cannot calm the city, he will “take care of it.”

“They’re working today and probably tomorrow to clean out this beehive of terrorists, and if they do it I’m going to be very happy. And then slowly we’ll be able to leave the city. If they don’t do it we’ll send in the National Guard.”

His acting DHS chief, however, did not indicate such a military deployment is imminent, saying only that Mr Trump has “continued to talk about” the option.

Mr Trump and other administration officials have said the federal police are needed to protect a federal courthouse in Portland. They claim protesters have used heavy fireworks and other explosive devices to try setting it on fire, a claim that appears supported by some video footage taken during the nightly skirmishes.

Democrats have accused the president and Mr Wolf of militarising American streets and trying to use force to quiet peaceful protesters.