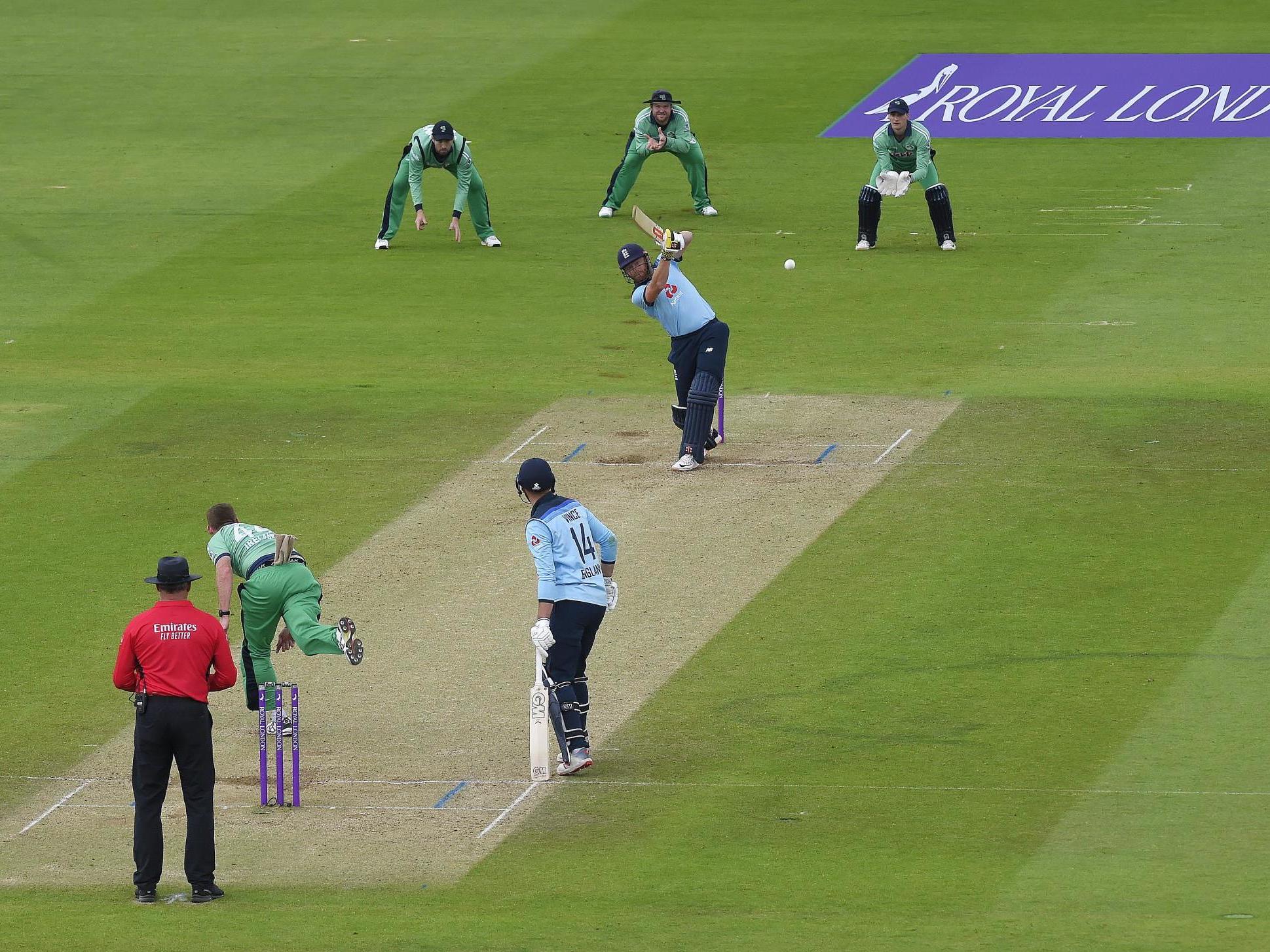 Jonny Bairstow’s quick-fire 82 in half as many deliveries proved enough to help England beat Ireland by four wickets in the second of their One Day Internationals at Southampton on Saturday.

Bairstow’s innings laid the foundation for a second victory in three days over the Irish, sealing the series win with one game left to come on Tuesday.

Ireland, who won the toss and chose to bat, scored 212-9 in their 50 overs, with newcomer Curtis Campher again top-scoring. England replied with 216-6 in 32.3 overs.

Sam Billings (46 not out) and David Willey (47 not out) saw England home after a mid-innings collapse gave the visitors a glimmer of hope against the world champions.

Bairstow passed 3,000 ODI runs in a demonstration of power hitting that threatened to end the match early before chasing a wide ball from Josh Little and edging through to wicketkeeper Lorcan Tucker.

But after he departed at 131-4, Little also removed England skipper Eoin Morgan second ball without scoring and vice-captain Moeen Allie for a duck three balls later.

But there were no more breakthroughs and England made it home with 105 balls to spare.

Ireland were again slow to get going and lost their first four wickets for 44 runs in just 16 overs.

But they built partnerships after that with Harry Tector and Tucker putting on 34 runs for the fifth wicket and Campher and Simi Singh 60 for the seventh wicket.

Campher was eventually out for 68, getting a thick edge to Saqib Mahmood’s delivery and being caught in the deep by Adil Rashid.

The 21-year-old South African-born all-rounder, who qualifies to play for Ireland through an Irish grandmother, scored 59 not out on his ODI debut on Thursday, when England won the first game by six wickets.

There was also again a late flourish from Ireland’s No. 8 Andy McBrine who made 24, losing his wicket to the last delivery of the innings as Reece Topley finally got some reward on his return to the England team after a four-year absence.

Adil Rashid was the best home bowler with 3-34.

The last match of the series is again at Southampton.