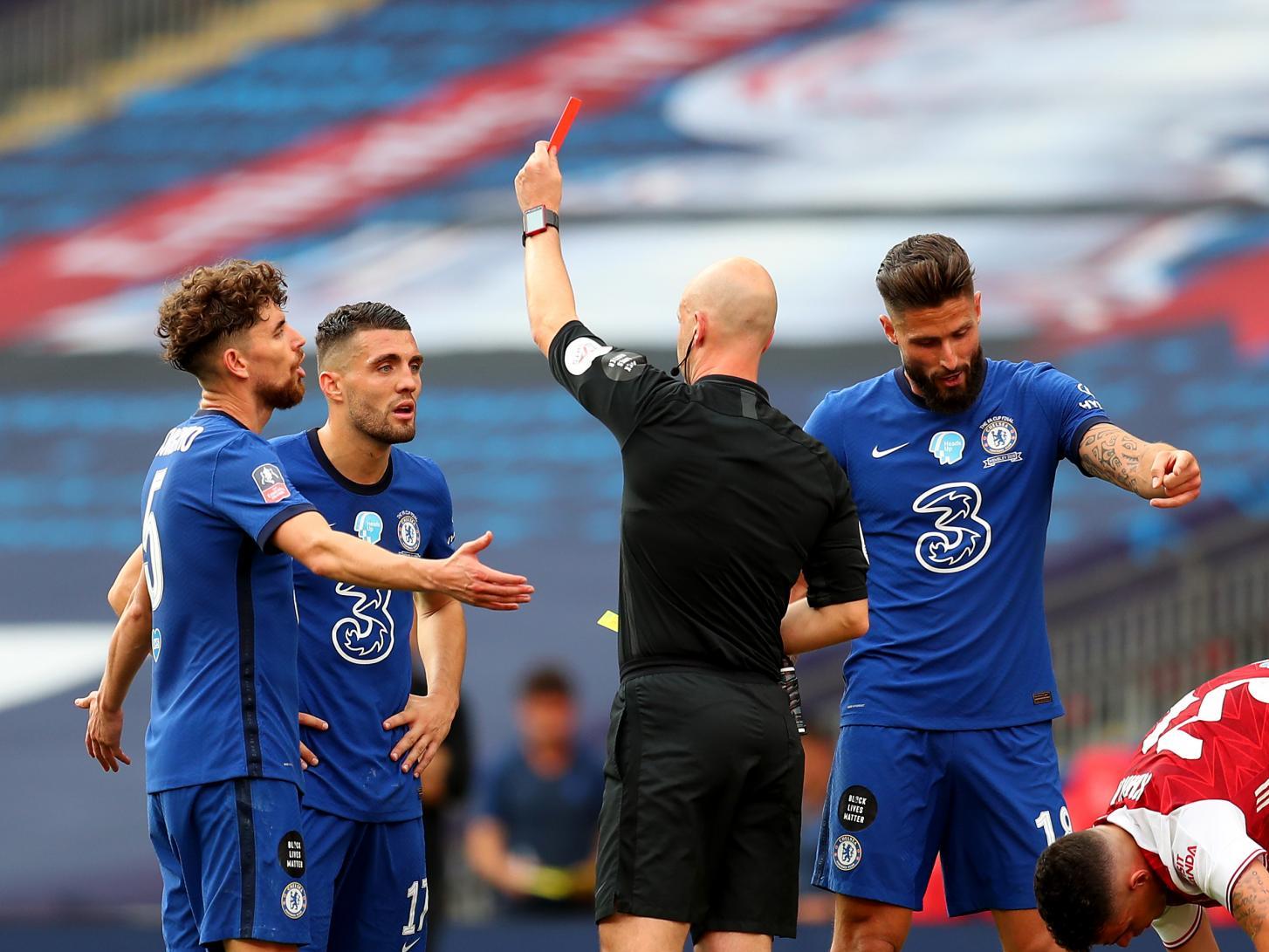 Taylor oversaw the action at Wembley Stadium, where Arsenal came from behind to defeat the Blues 2-1 and lift the FA Cup trophy for a record 14th time.

Frank Lampard’s men took the lead just five minutes in thanks to a Christian Pulisic finish, but Pierre-Emerick Aubameyang netted both of the Gunners’ goals as they triumphed under the Arch.

The match was not without incident, however.

Mateo Kovacic was sent off after being booked either side of half-time, though his second yellow card resulted from seemingly very little contact on Granit Xhaka.

That moment followed Arsenal’s first-half equaliser from the penalty spot – Cesar Azpilicueta had fouled Aubameyang as the striker closed in on Chelsea’s goal, but the foul appeared to continue into the box, and a spot-kick was awarded by Taylor.

At one point in the second half, Arsenal goalkeeper Emiliano Martinez looked to have possibly handled the ball outside of his box, but play continued.

One fan wrote on Twitter: “One of the most disgraceful refereeing performances I’ve ever seen from Anthony Taylor today.”

Another said: “Xhaka steps on Kovacic… Red card for Kovacic. Anthony Taylor can get in the bin.”

One Twitter user asked: “Does Anthony Taylor get a medal too?”